Apartment buildings built in recent years by the sea, for example those in the central part of Kołobrzeg, are usually built on small plots of land, among the neighbouring buildings. When compared to that, Polanki Aqua is a sensation.

The complex is located on a plot of approximately 2.5 hectares, it guarantees spatial comfort and an uninterrupted view of the greenery. It is worth emphasizing – we are talking about a place which is only 2 km from Kołobrzeg city center!

From the beach, which is only 300 meters in a straight line, Polanki Aqua is separated by a seaside forest and a wet meadow, which is a protected area under the Natura 2000 program (it is the so-called ecological land). Thus, no one will ever build anything on the north side.

The beach at Polanka Aqua is wide and natural (its condition has never been changed in any way), clean, with fine, light sand. There is so much space on it that at the same time several times more people could sunbathe there than will live in the facility.

A great view of the greenery surrounding Polanki Aqua will be provided by a novelty – a public terrace over the fourth floor of one of the buildings, which will be reached by an elevator. From there, we will see the sea above the treetops of the coastal forest and the extensive, already mentioned, ecological land in the form of a meadow, in the local tradition called the Sheep Marsh. The convenient R10 bicycle path, which is part of the Via Baltica route, runs through the seaside park. 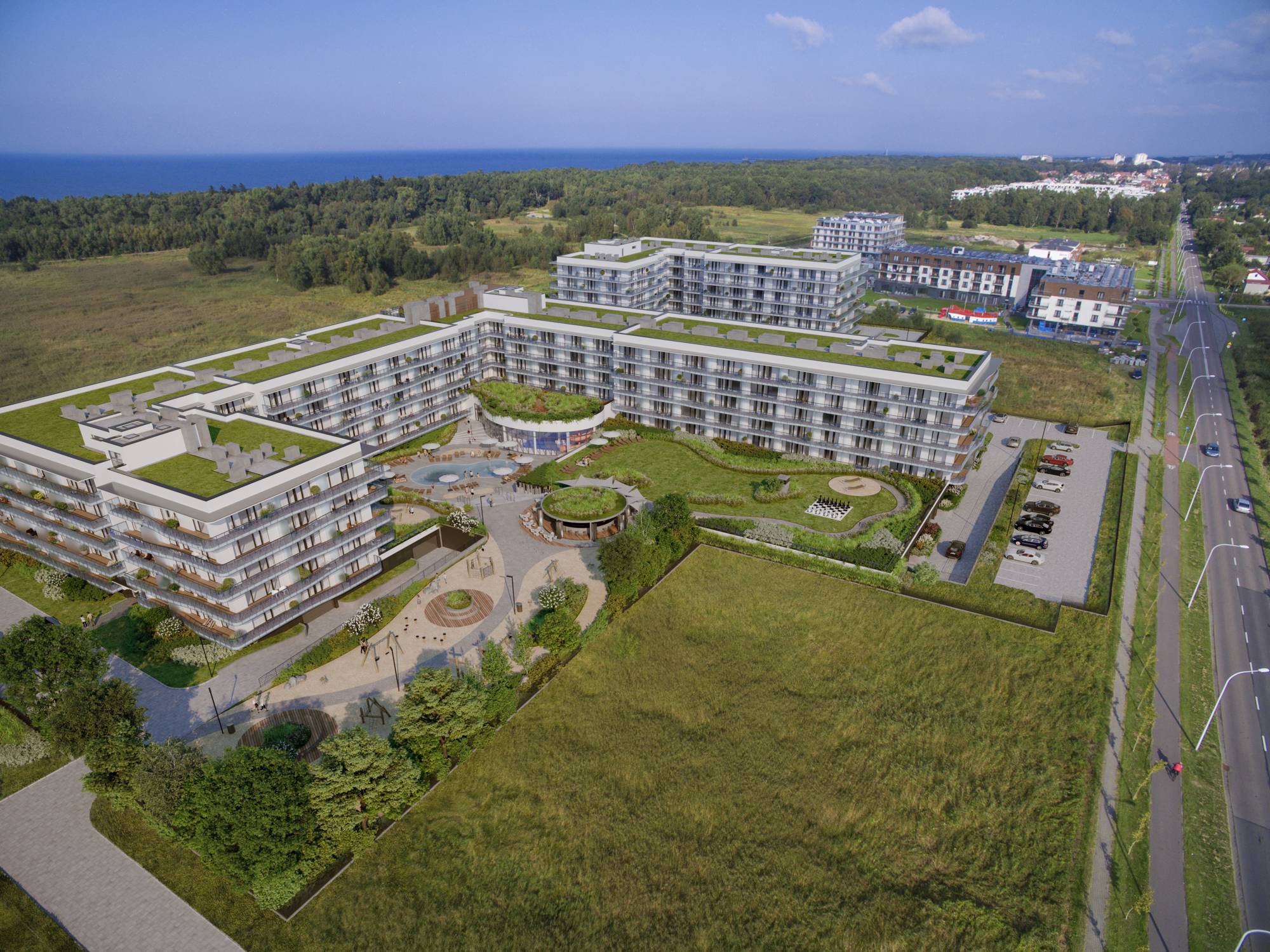 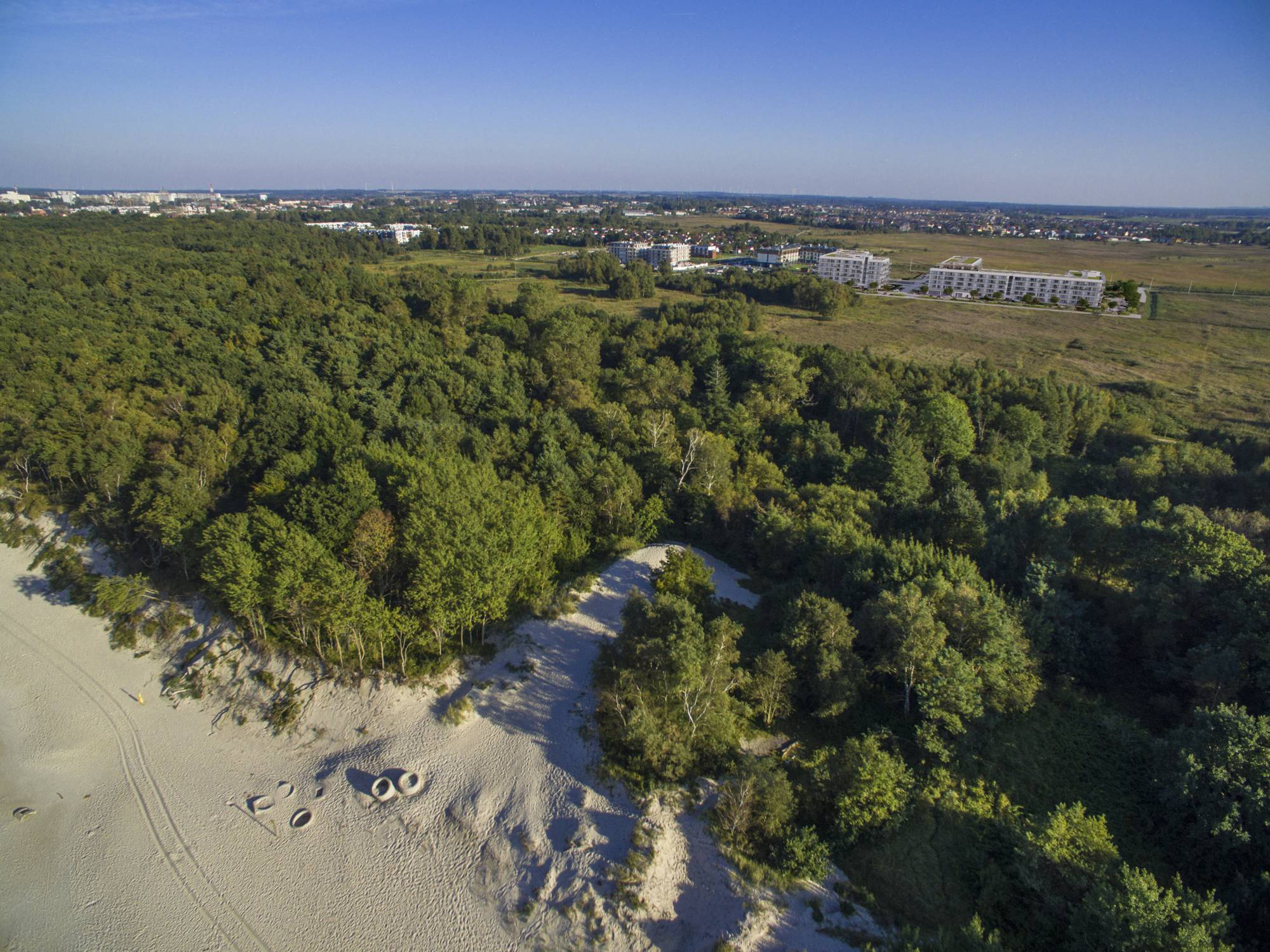