Water under the roof

Under the roof, in the part open all year round, a 25-meter-long sports pool will be built. This is for active people who often cover several dozen lengths of the pool before going for breakfast. A bit further there will be a relaxation zone, surrounded by greenery, with discreetly seeping music in the background. Here you will be able to splash in the water, use the jacuzzi, water massages or saunas. There will be steam and dry saunas – with an ice waterfall and the possibility of rubbing with loose ice, because, as you know, in order to obtain a quenching effect after heating the body in a sauna, cool it down thoroughly. According to the rules of sauna, after each such cycle, the same amount of time should be spent on calming the heart rate. So here, after a sauna bath, you will be able to lie down on a heated bench with relaxing music, among plants and rest.

In the sunniest place, slightly lower, children will find their own zone. It can be called a water playground. Toddlers are lively, shouting and loud. Designating a separate area for them, slightly away from the rest of the aquapark, will allow the sounds of children’s games not to disturb the peace of other people using water attractions. 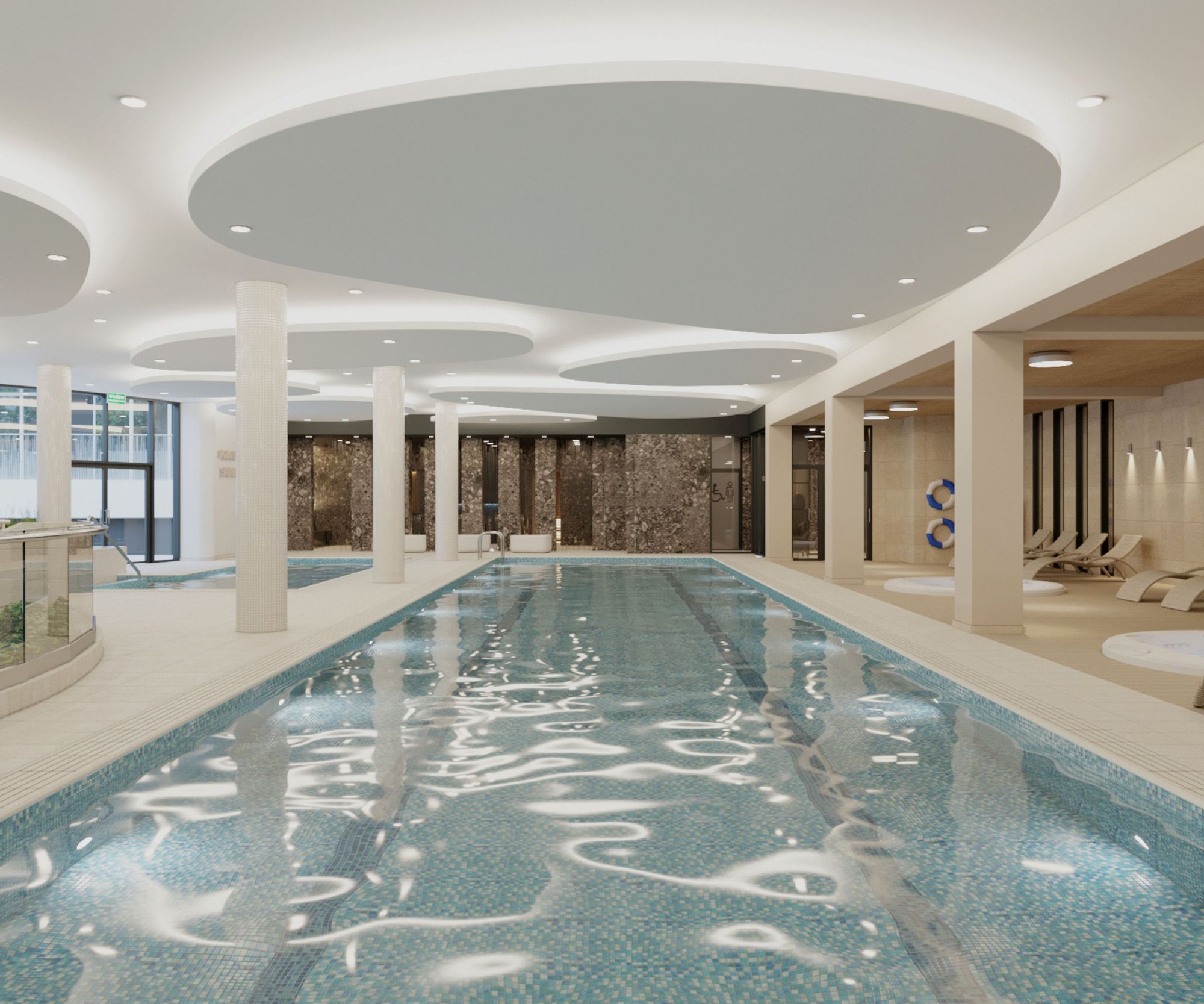 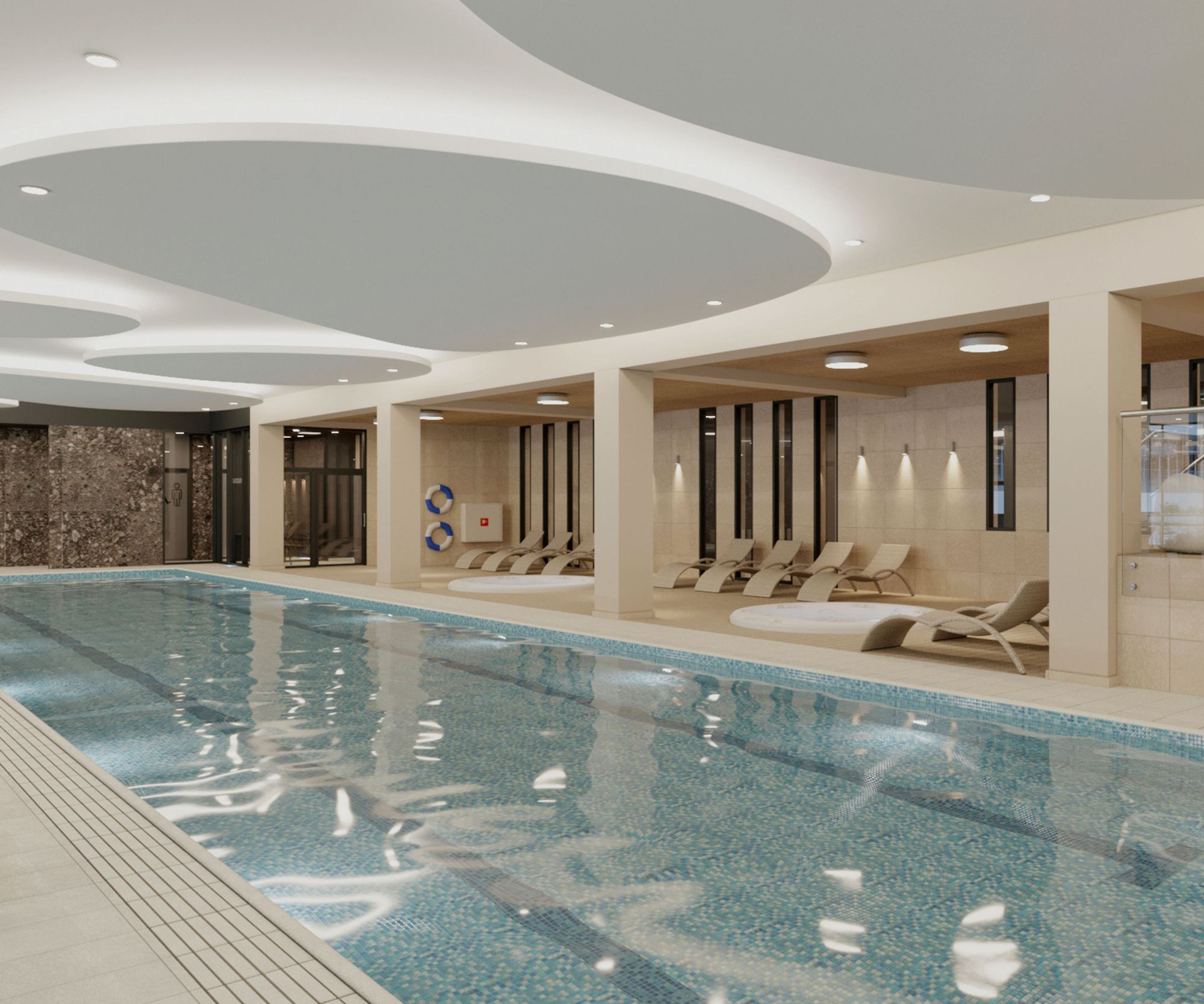 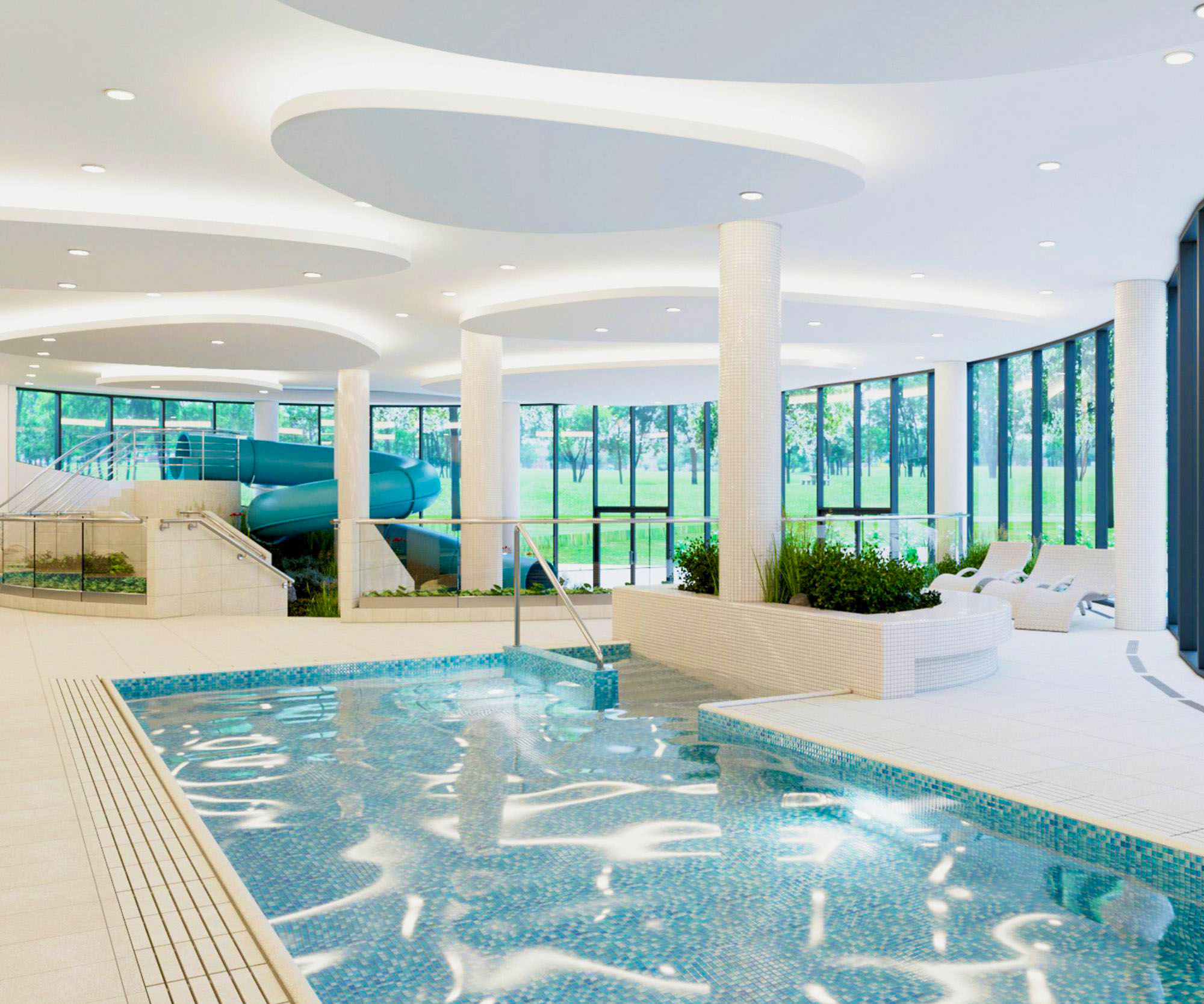 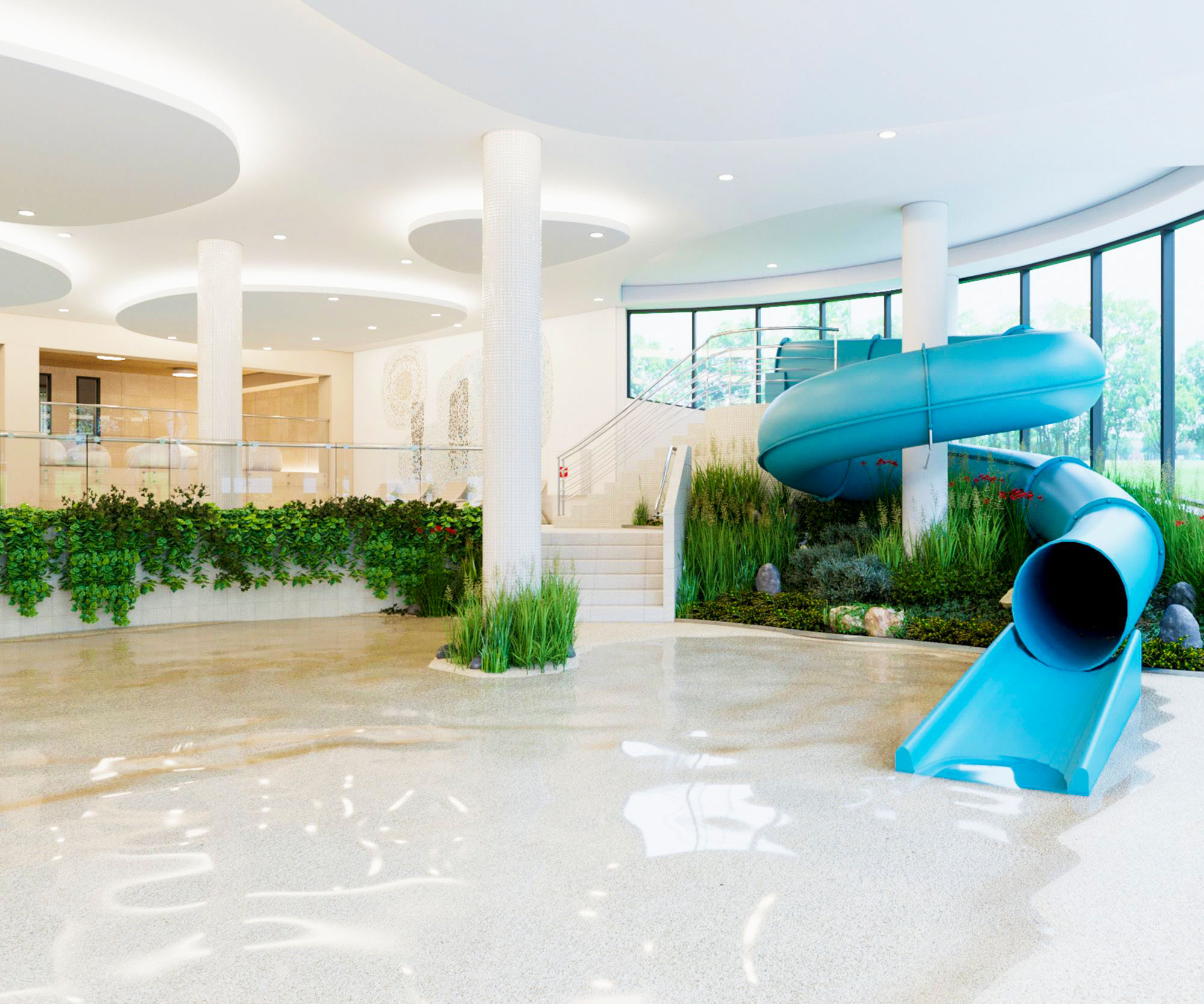 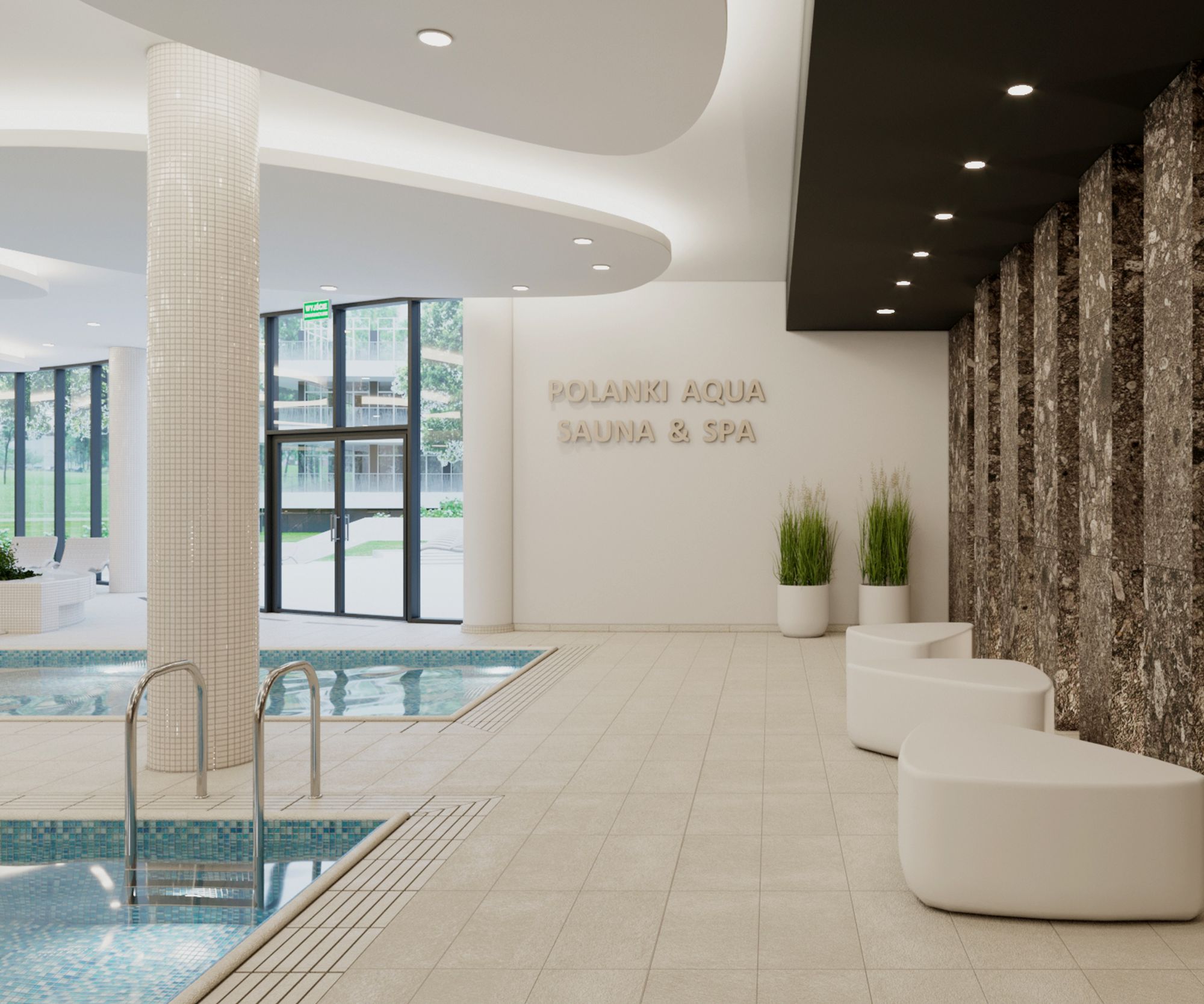 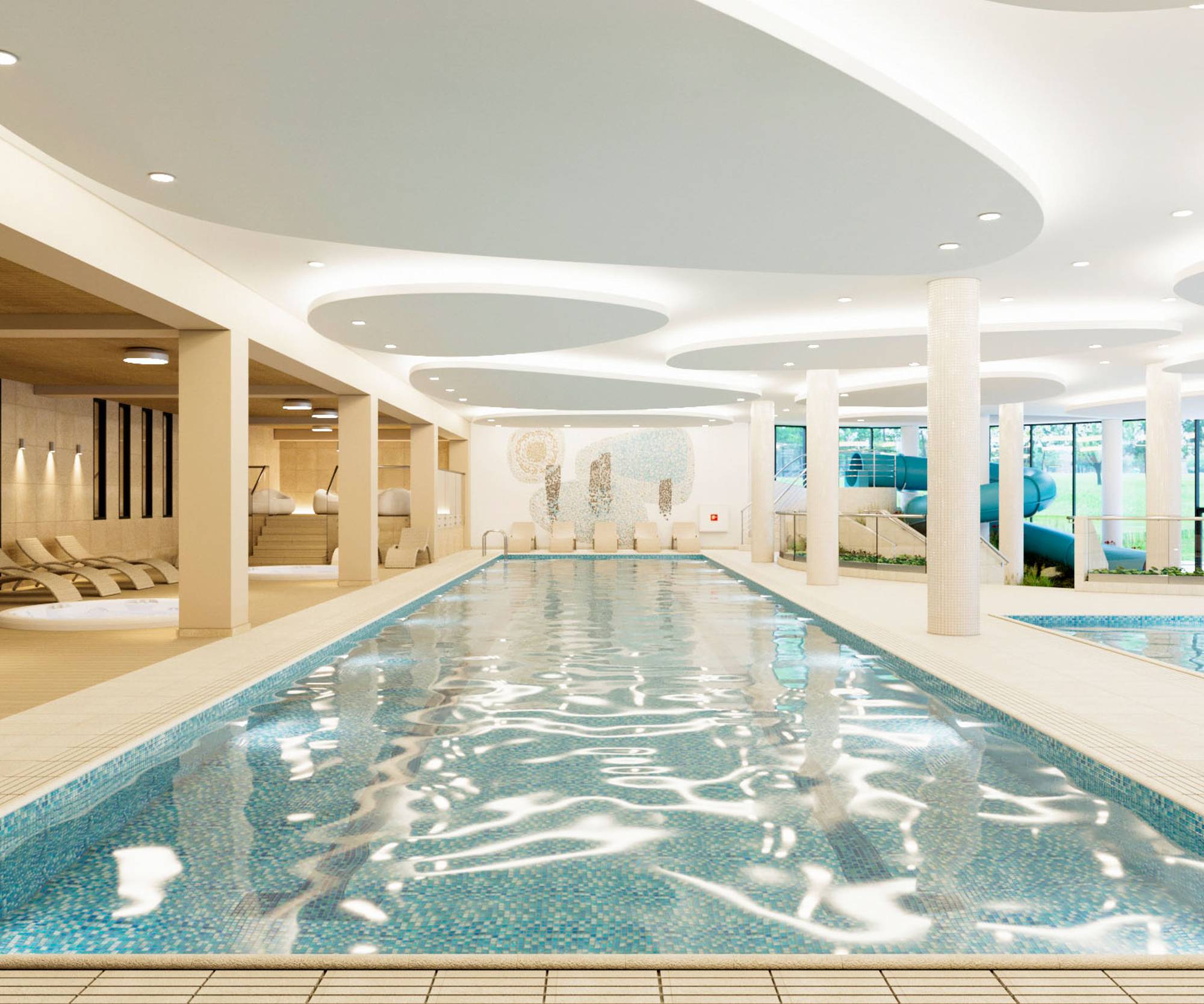 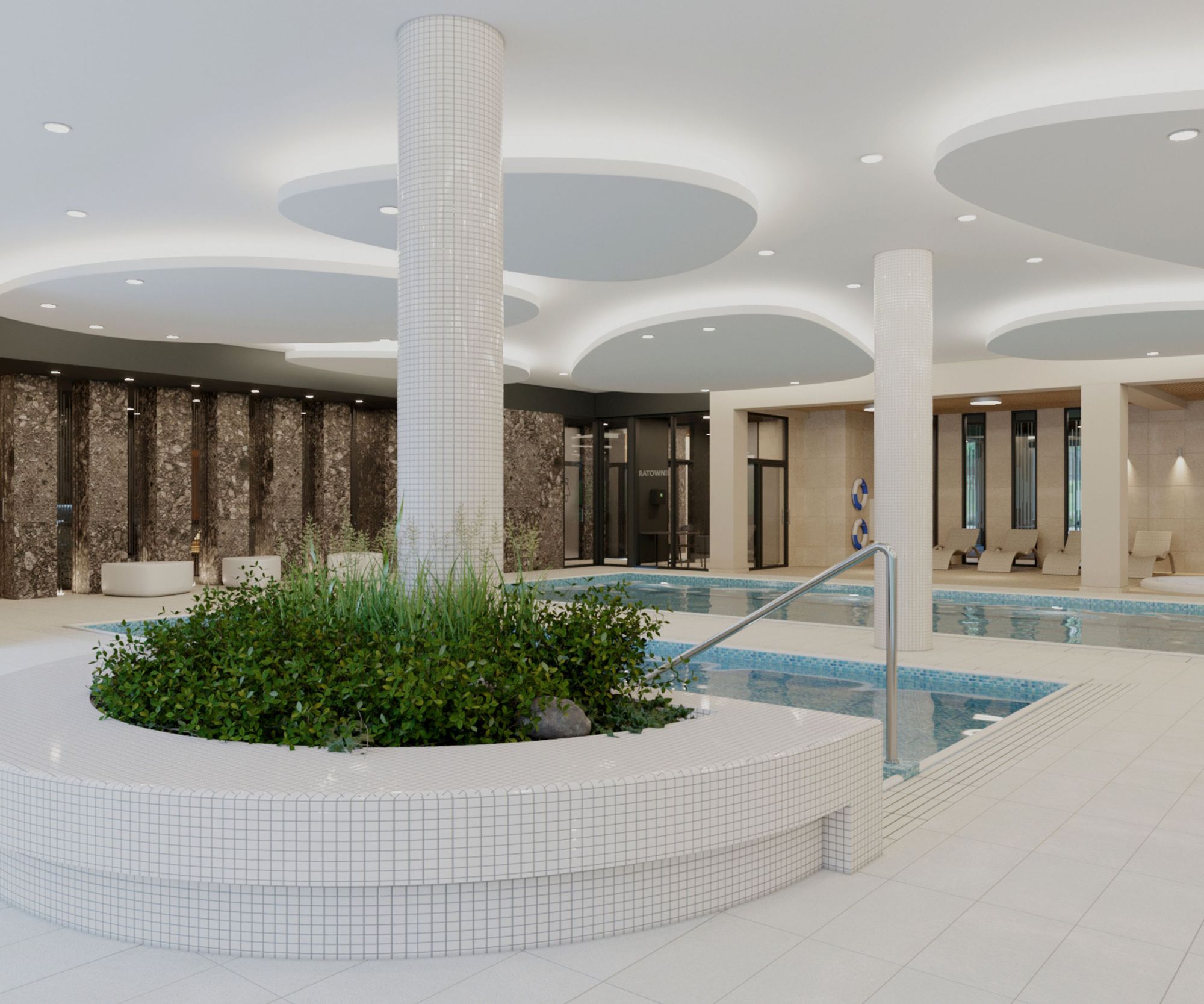 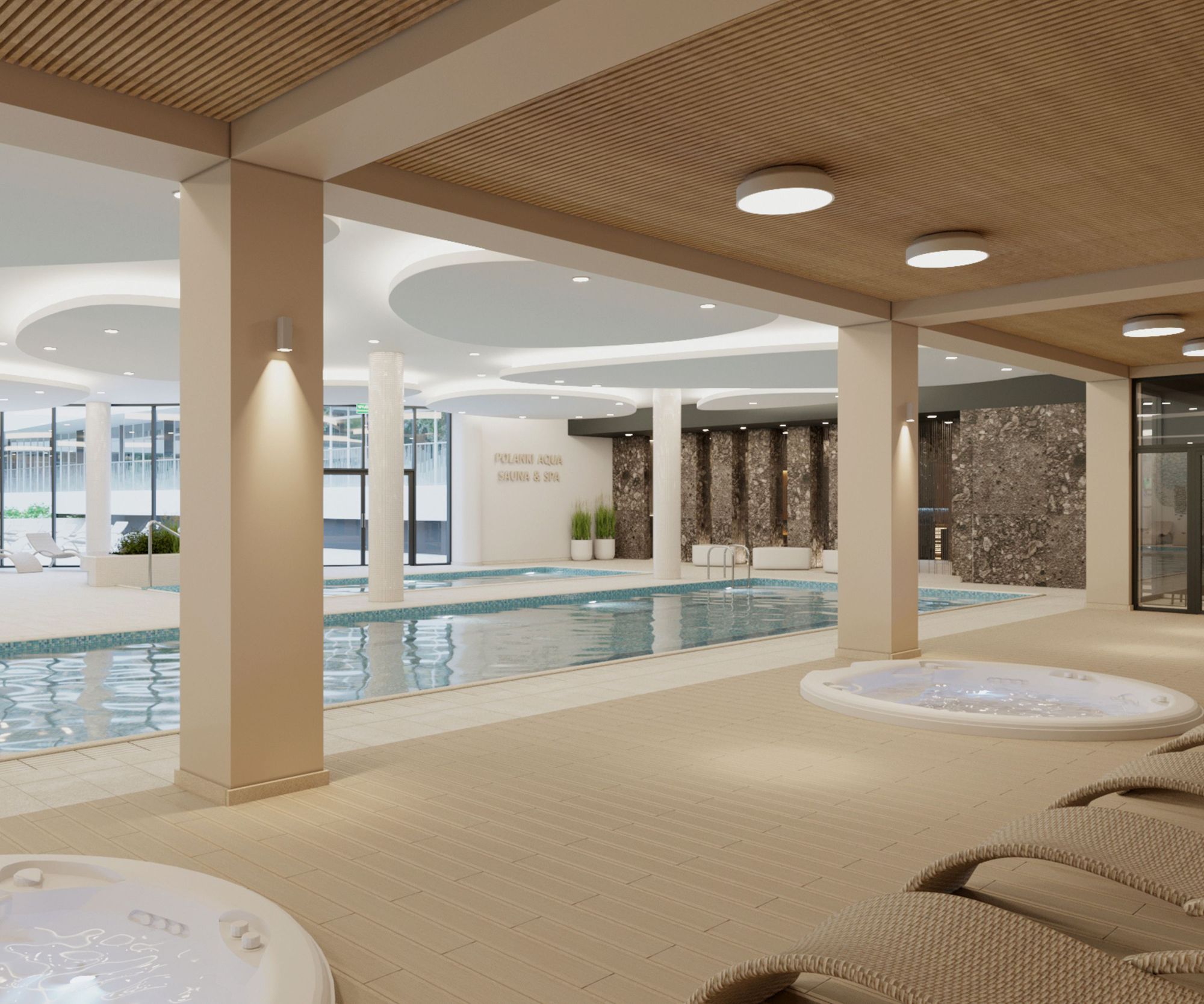 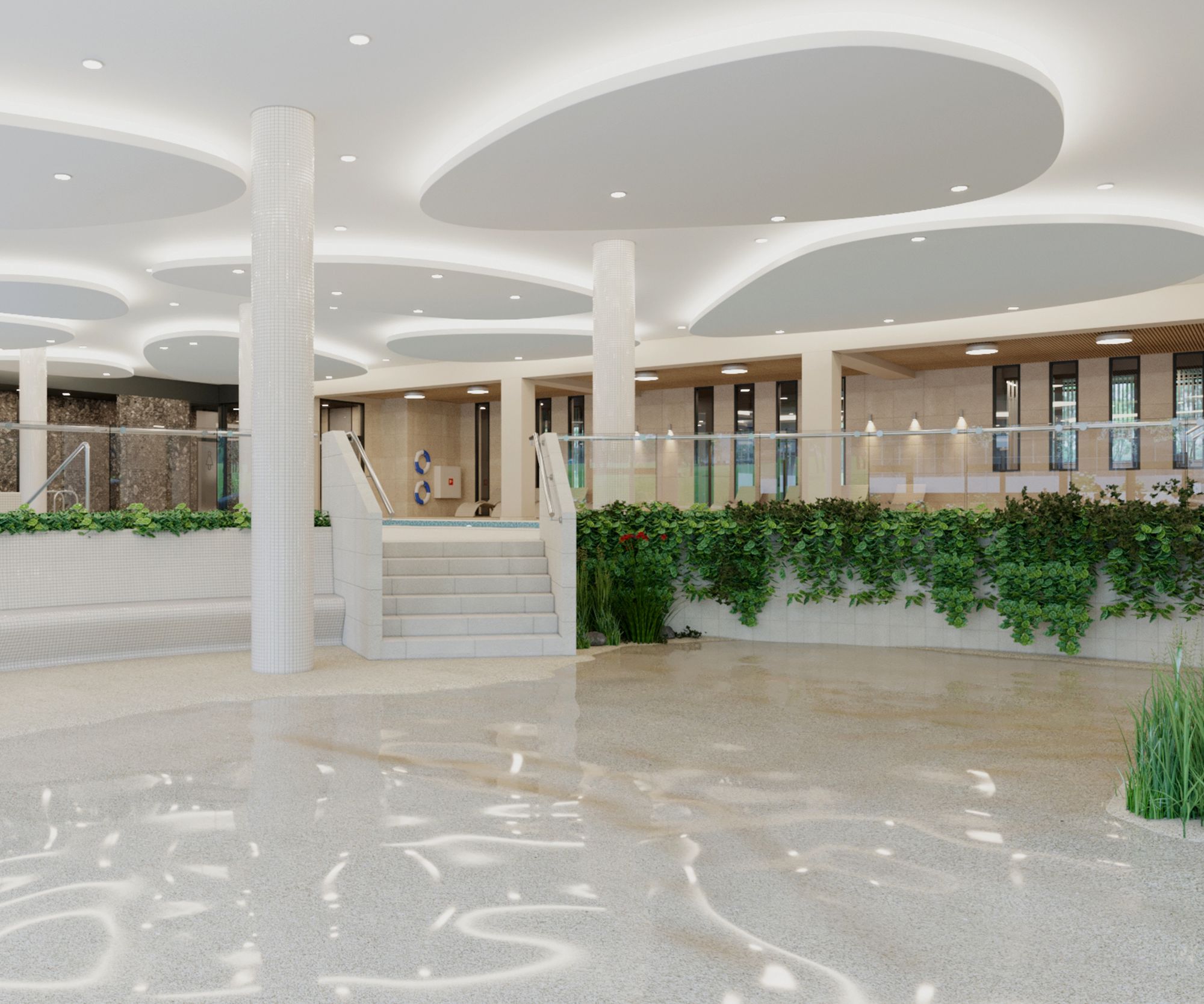 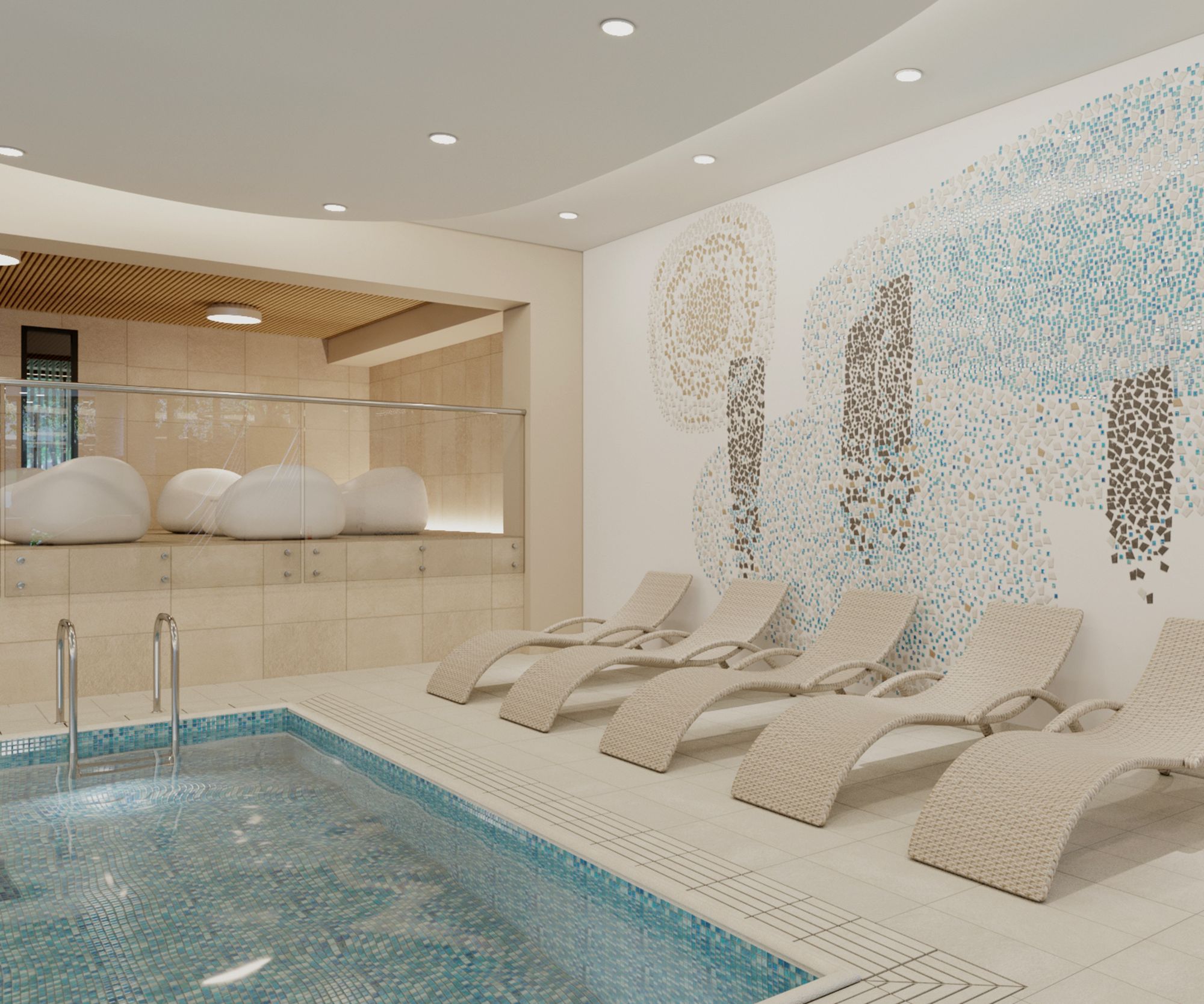 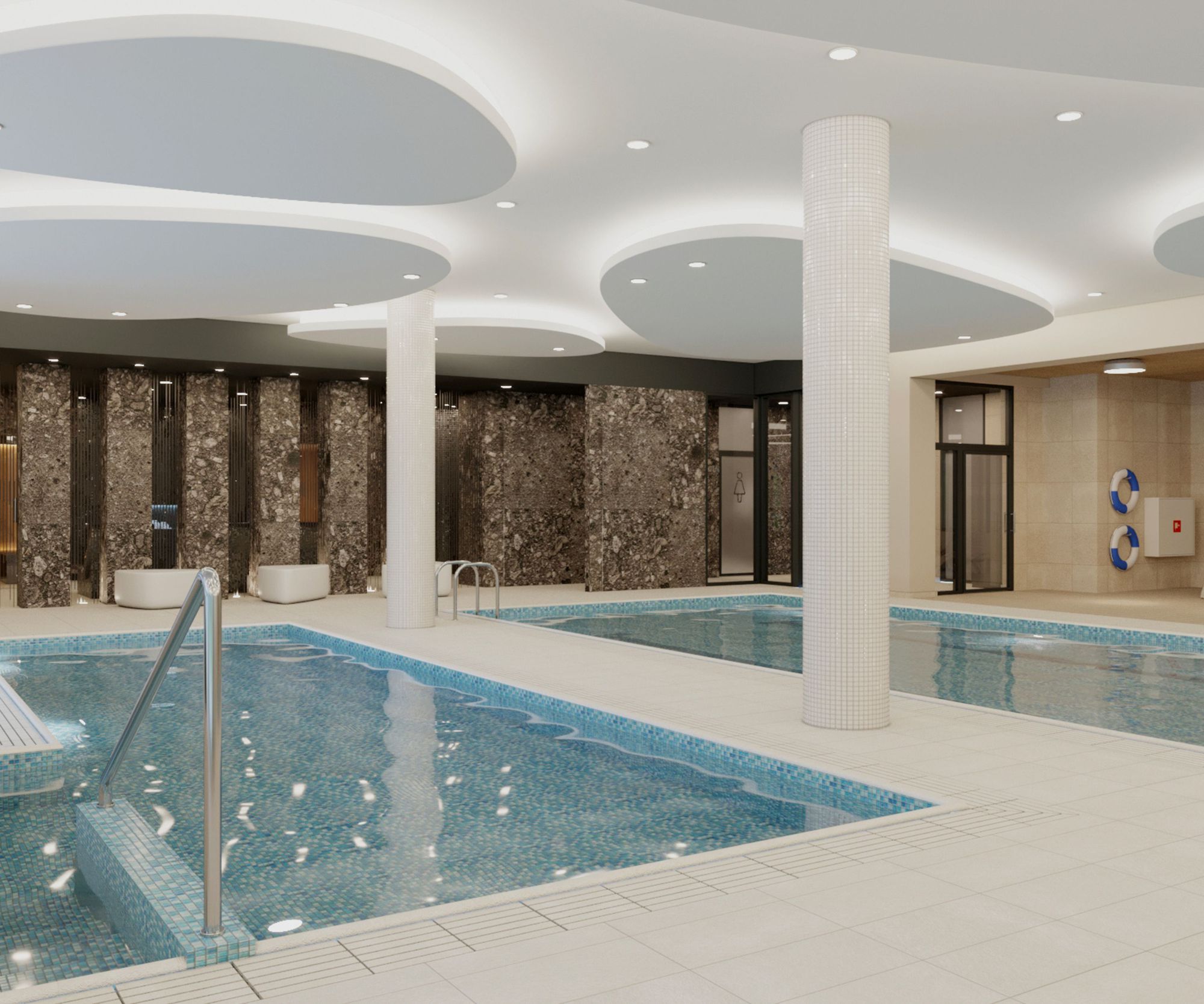 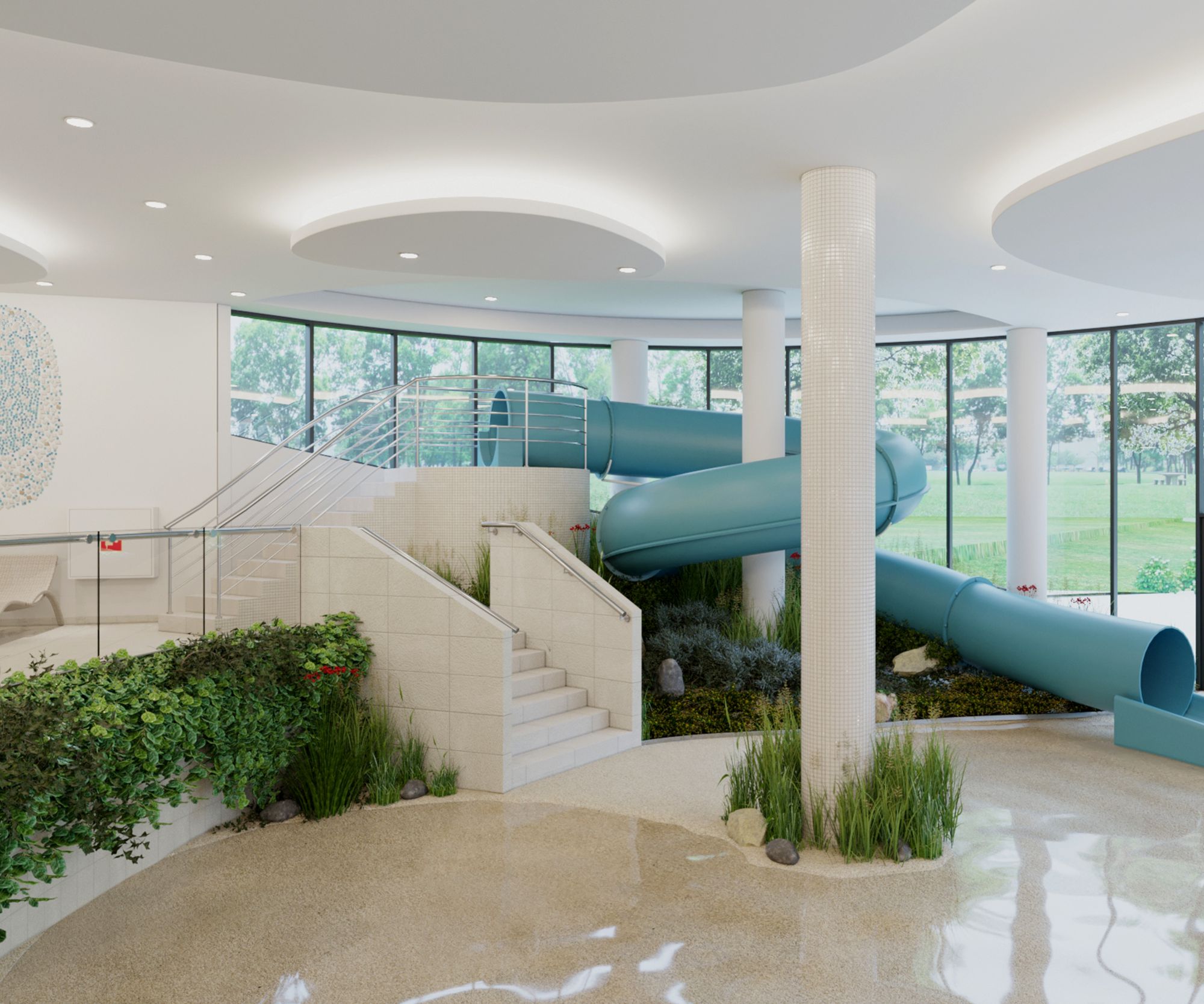 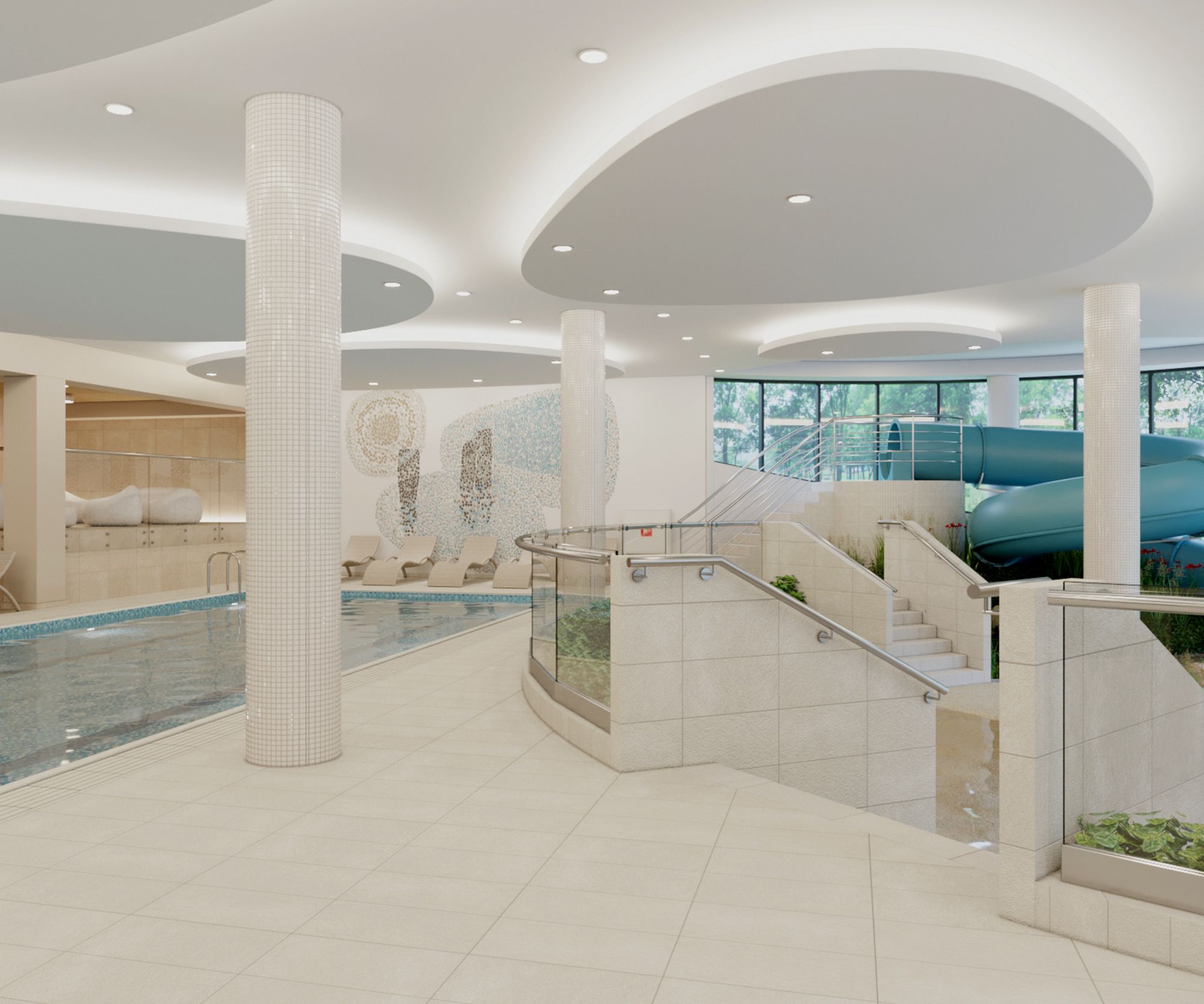 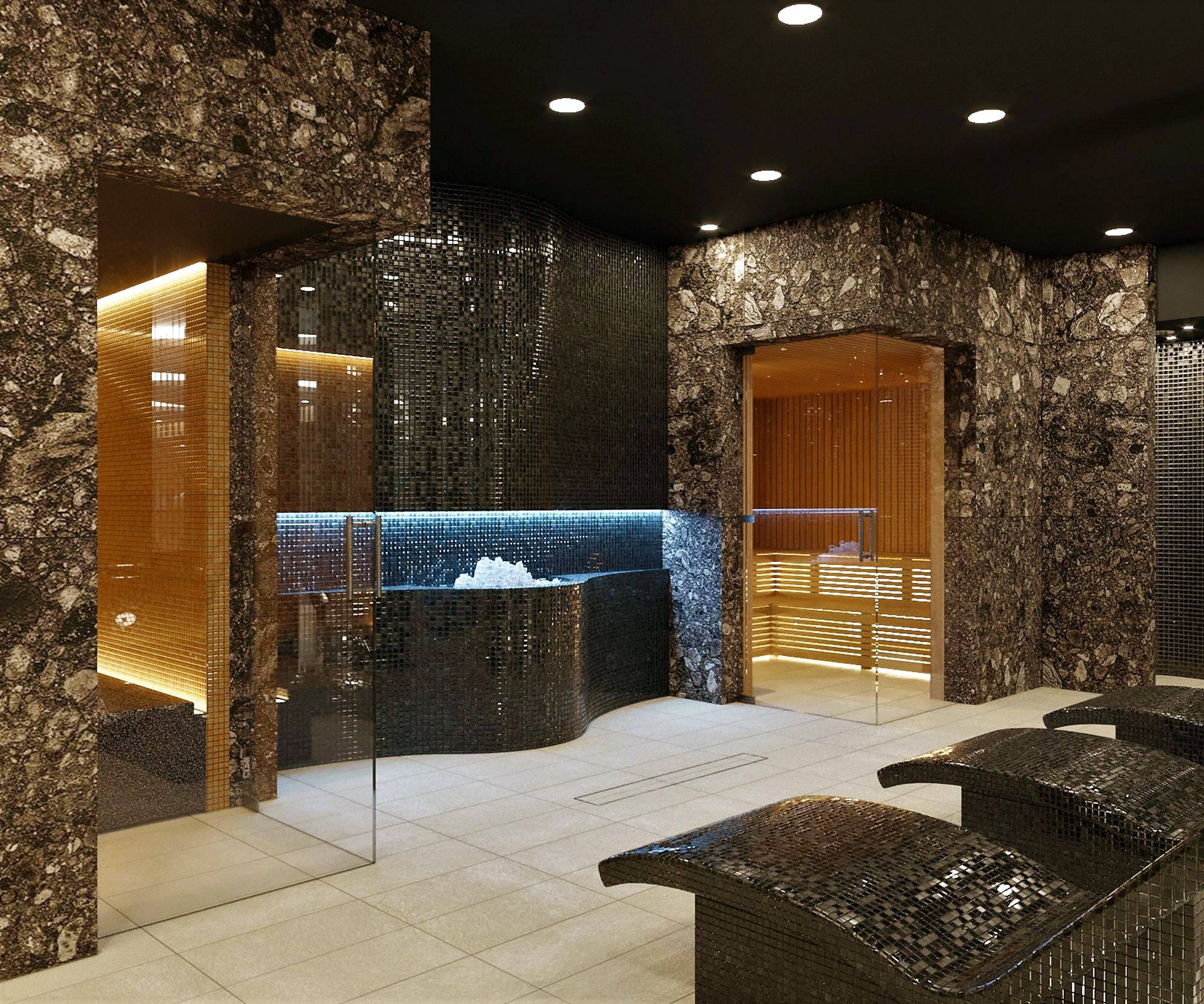 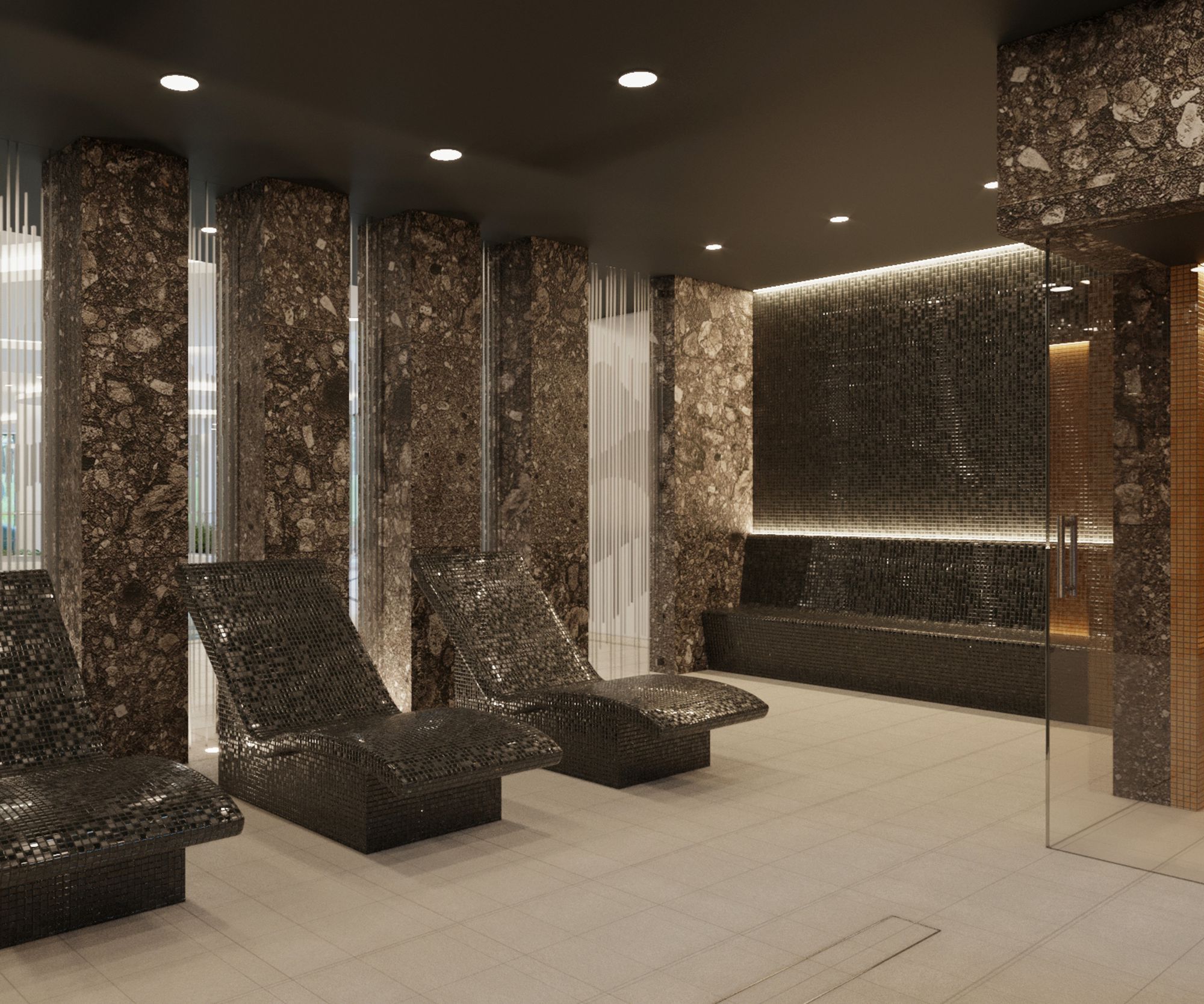 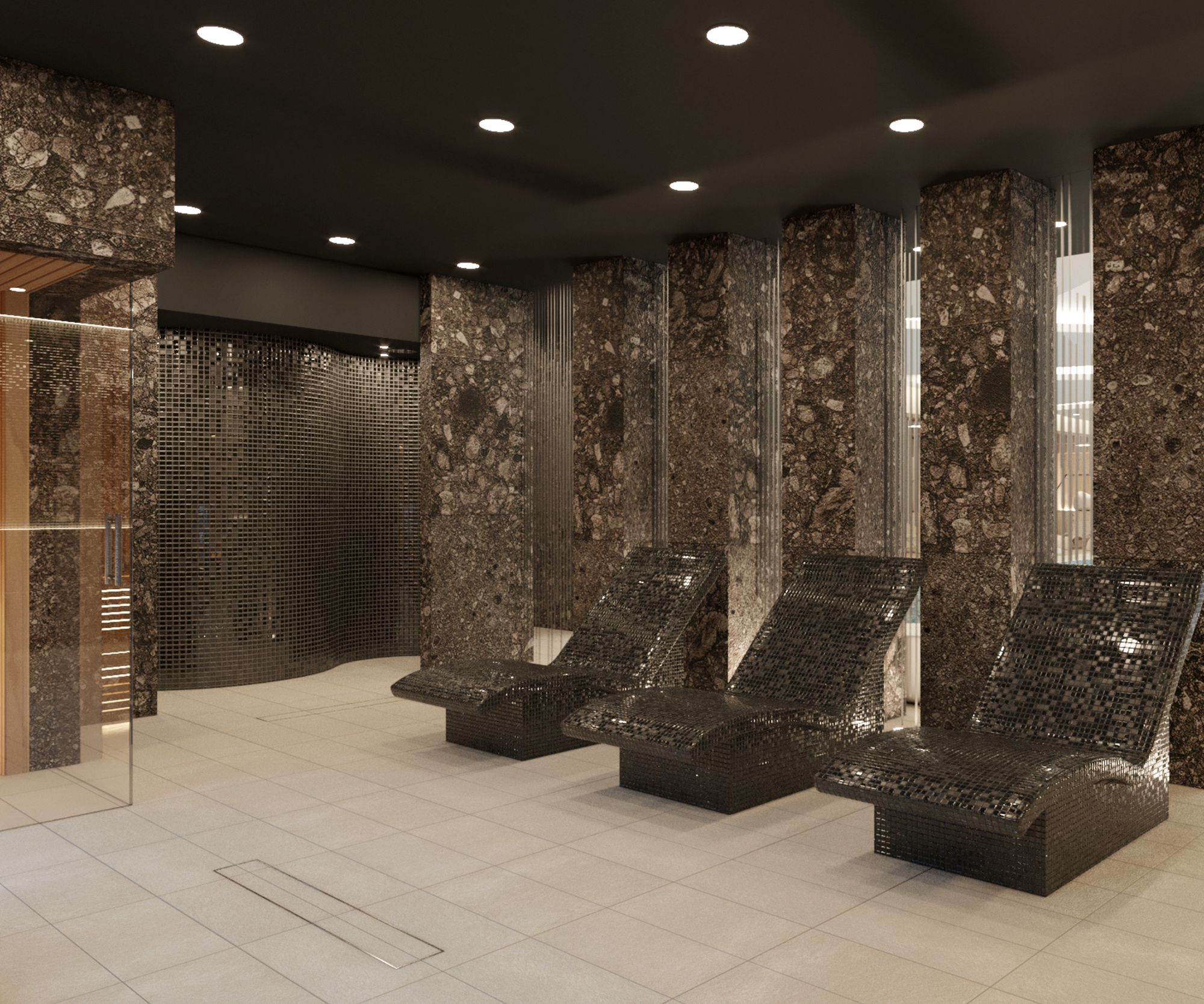 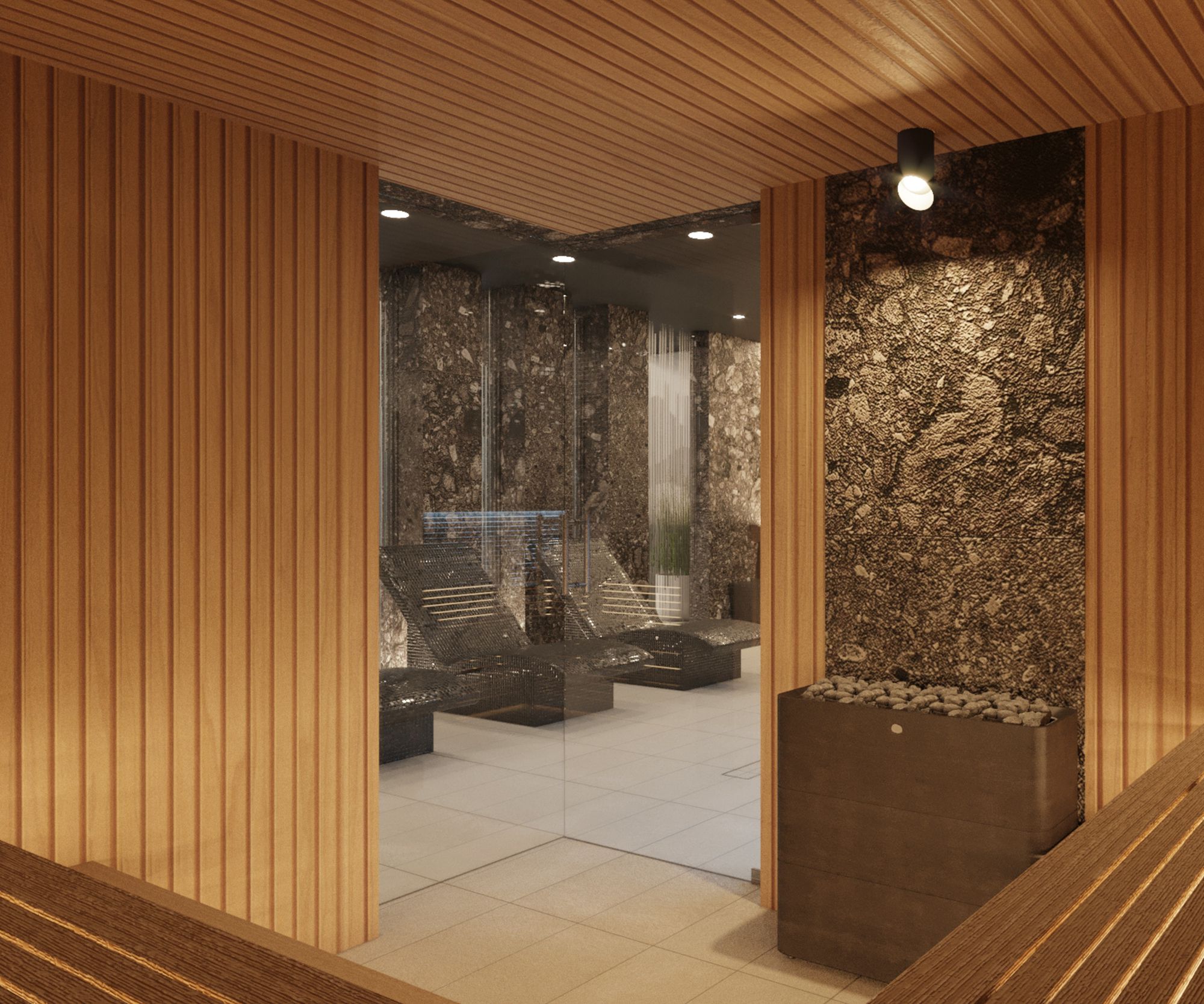 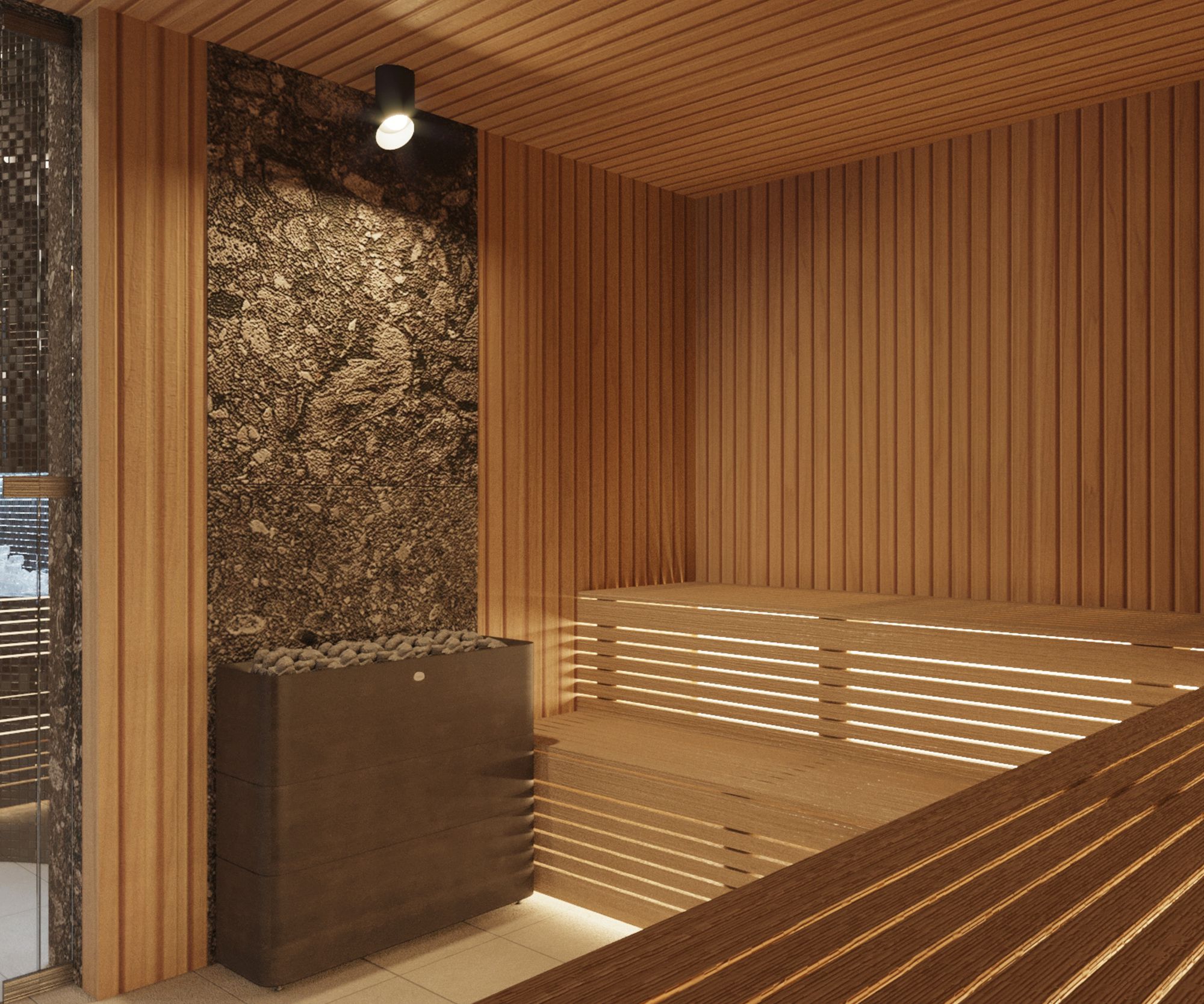 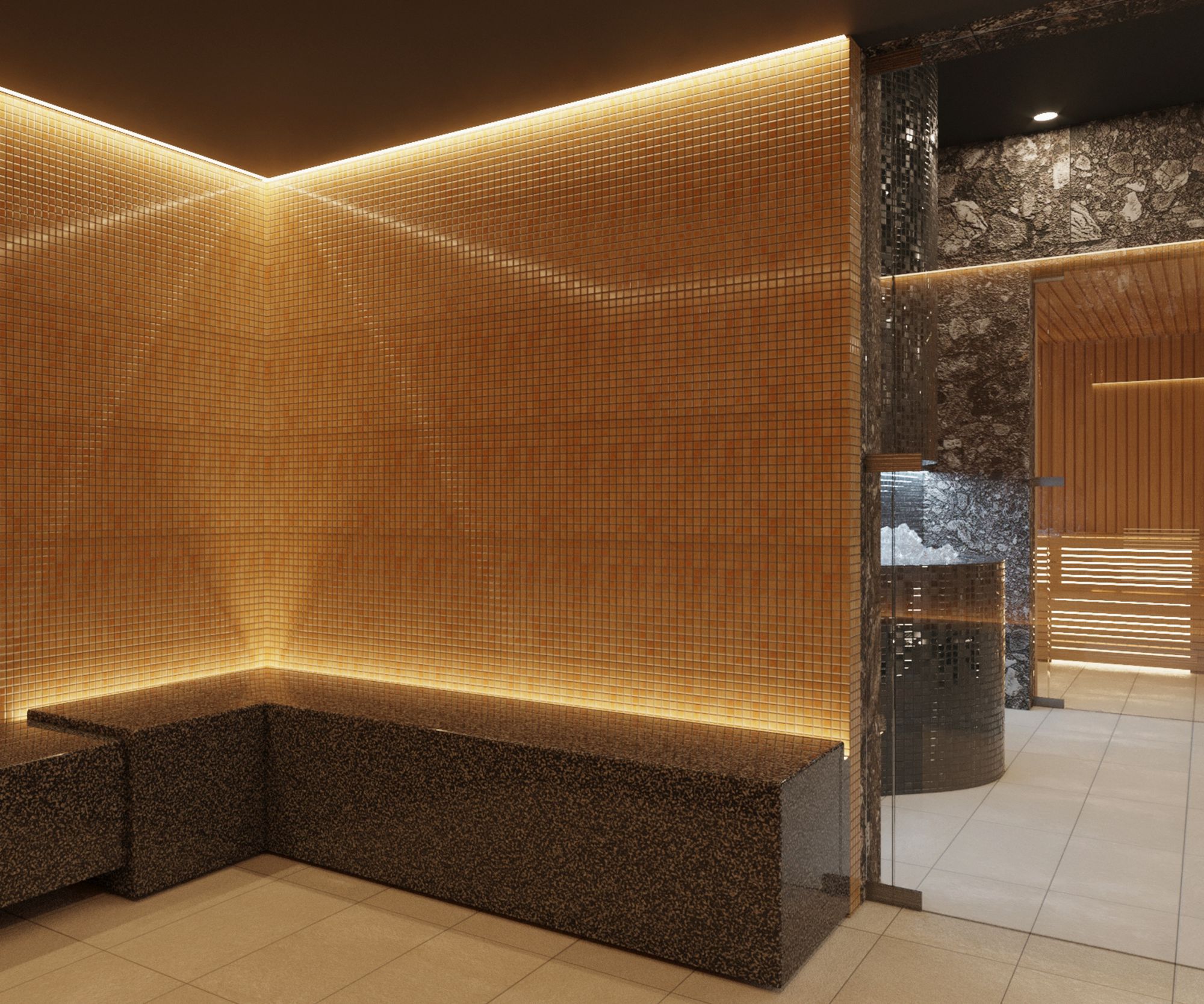